Today I am excited to bring you my review as part of the blog tour for this brilliant read from Belinda  Missen. A big thank you to Rachel's Random Resources for inviting me total part and for my copy of this book in exchange for my honest review.

Book Description
Don’t miss the new delightfully uplifting book from the author of A Recipe for Disaster! A second chance at love...
When globe-trotting Emmy first fell for first-aider William on a freezing New Year’s Eve, she really believed that their love would go the distance.
But when she returns to Australia, her letters start to go unanswered and her emails bounce back unread, Emmy decides it’s time to pick up the pieces of her broken heart and start afresh in London.
So she’s shocked when William walks in on her very first day at her new job! Even worse, he’s hotter than ever. But why did he disappear for so long? What has he been hiding? And could this really be their second chance at falling in love...?
Perfect for fans of Carole Mathews, Mhairi McFarlane and Carrie Hope Fletcher.

My Review
Emmy is on a tour of Europe with her friends, Josh and Heather and they find themselves celebrating New Years Eve in Edinburgh, Scotland. It is here that after trying to stop a fight that Emmy finds herself on the wrong end of a punch. She is seeing stars and in need of first aid. it is here that she meets William and there is an instant spark between the two of them.
Emmy and William soon become inseparable and with their remaining time away. It all ends too soon once Emmy flies home to Australia. Bothe her and William decide to stay in touch and they are soon emailing and writing to each other. They share news, chat and send gifts to each other. However Emmy is shocked to find that William suddenly stops writing and emailing her leaving her heartbroken.
Emmy ends up in a new relationship with Craig and they decide to follow in the footsteps of Heather and Josh, and head over to work in London. It is while working at a Drs surgery in London that Emmy finds out that one of her new employees is William.
They are both shocked to start with and neither of them know how to deal with the situation. it isn't long however when they begin to build bridges between them and they soon spark up friendship again, could this also be the beginning of their romance starting up again.
I loved the different settings in this book as they flow so well between Sydney, Australia and London. It great to be able to compare the two Cities and the differences in them.
The writing in this book is highly addictive and it flows really well keeping you hooked if from the first page to the last.
This is the second book I have read by Belinda and I'm looking forward to seeing what she comes up with next. 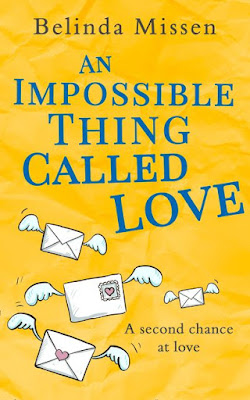 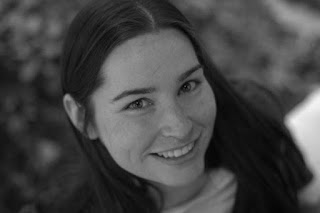 Belinda Missen is an award-winning and best-selling author, screenwriter, and freelance writer from Geelong, Australia. She lives with her car-obsessed, but wonderful husband, two loopy cats, and more books than she cares to count.
In late 2017, Belinda signed a six-book contract with HQDigitalUK (HarperCollins). A Recipe for Disaster was released in August 2018. An Impossible Thing Called Love appeared by magic in November 2018.

Thank you for taking the time to visit my blog today and I hope you enjoyed my review.

Today I am excited to share with you my review of this wonderful new release in the Little Duck Pond Cafe series from Rosie Green. Thank you...